Some of you may feel a little bad when you hear that the iconic Midtown Hotel where you spend your Boston Vacation or where you stayed to watch the concert will no more be there if you visit again in near future. The owners of the building have decided to sell it off and the new owners of the place will definitely bring up a new highrise there to cover the exorbitant land costs in that area of Boston. 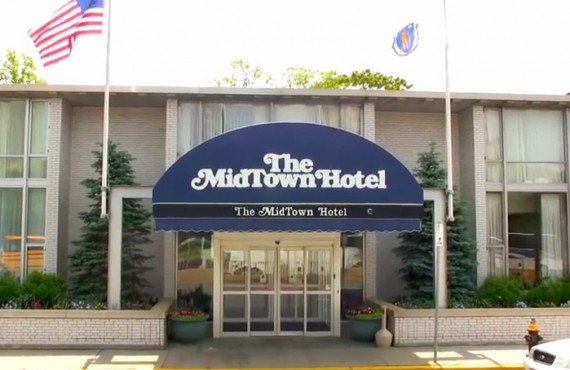 The 57-year-old MidTown Hotel located at 220 Huntington Avenue in the Back Bay-South End borderlands had 157 rooms and is a two-storied property. It has a built-up area of one acre. We remember dropping and picking up numerous guests from Boston Midtown Hotel so we have fond memories of this Hotel well. People generally preferred this hotel over other larger and popular ones because of this location and cozy interiors. Midtown hotel walking distance away from many famous Boston tourist attractions and the subway too.
The party that is most likely to buy it will most like raze the structure completely to bring up a high rise building, that many people estimate, may become one of the tallest towers in Boston. Midtown Hotel land is expected to fetch around $80 Million. Another property of the current landlord sold for $65 Million and the current developers are building a 742-foot highrise called One Dalton. One Dalton is being considered the 5th tallest building in Boston. So, we expect the developers who buy Midtown for $15 Million more would plan on building a much larger structure to recover the costs.
However, according to locals, a high rise may not be possible at all. The official limit set for that zone is 115 ft. Some building plans proposed recently in the Plaza area were rejected because they cast a shadow on the plaza. Well, if one building plan has been rejected we do not see why another would be approved for the same reasons.
Image Credits