Traffic headaches have begun to surface in Boston as the city gears of for holiday season. As we are nearing Thanks Giving accidents, traffic jams are peaking. Yesterday there were two major incidents at Route 128 and Massachusetts Turnpike. This resulted in long delays of about 5 hours where vehicles were seen backed up for many miles.

In Wellesley, a box truck travelling on Route 9 westbound turned onto 128 and struck the cement barrier in the breakdown lane at about 2:30 p.m., forcing the closing of the left lane near Exit 20, State Police Trooper Paul Sullivan said. The truck then crossed the northbound lane and jumped the highway’s cement barriers. Reports Boston Globe

The second accident happened at the Mass. Pike in Oxford and reports indicate as many as 7 vehicles were involved in the accident. This one was the major pileup that caused a 4 and ½ hour delay in a busy junction. 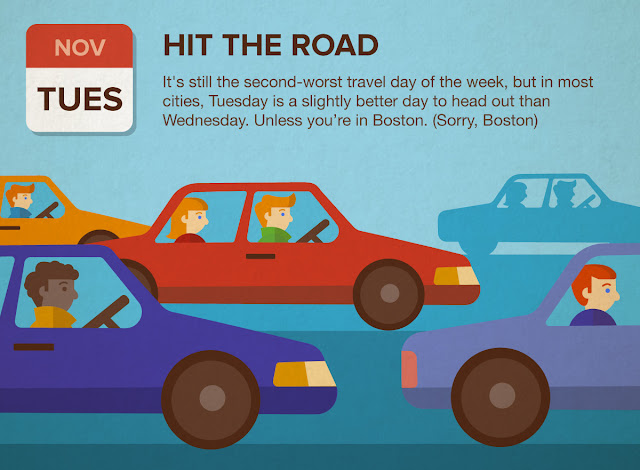 Thanks Giving traffic is further expected to peak but if a recent Google Maps report is to be believed Tuesdays are the worst days to commute in Boston around Thanks Giving time. (Read the report here)